New Kent Chamber of Commerce Board of Directors Sam Drewry has been with Colonial Farm Credit since 2017, and he has five years of financial services experience ranging from retail banking to loan originations. Sam has a strong love of his native Virginia, and has been in the Virginia Army National Guard since 2009. He has served two deployments with the Virginia Guard, one in Iraq in 2010 and one in Qatar in 2016.

Sam graduated from Radford University with a Bachelor Degree in Political Science in 2012. When Sam is not working at Colonial Farm Credit or on National Guard duty, he can be found serving as Treasurer for the Historical Society of West Point, Vice President of New Kent County Chamber of Commerce, Vice President of the West Point Chamber of Commerce, active member of the West Point Rotary Club, and Master Mason in both Boykins Masonic Lodge AFAM #287 and West Point Masonic Lodge AFAM #238. He also enjoys hanging out with his wife Ashleigh and their three daughters. His favorite hobby is to read. 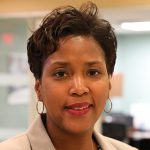 Ericka Johnson has been a resident of New Kent since 2013. She is also the owner of Johnson Travel, which launched in 2015. In addition to this she has 20 plus years of business experience which has spanned fields such as financial services, real estate, education, operations, and marketing for some notable Fortune 500 companies. In addition to running her own business she can be found serving as the Assistant Den Leader of Cub Scout Pack 562, Coaching Parks & Recs Basketball, helping with the New Kent Community Development Corporation and even volunteering at George Watkins Elementary.

When she is able to catch moments to herself, Johnson likes writing, crafting, reading, listening to music and spending time with her husband Henry and son Aiden. Johnson graduated from Varina High School, and received her Bachelor of Business Administration in 2001 from James Madison University. 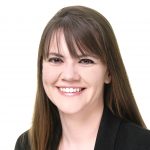 Jessica Hoskins has been with C&F Bank since 2014, serving several communities and branches. Since 2018, Jessica has been the Branch Manager at the Quinton location. With 10 years in the banking industry, she enjoys getting to know her clients stories’ and helping them with their journey to success both personally and professionally. For 5 years, she has been a member of the Chamber in the communities she serves and excited to be a part of New Kent.

From a town in Georgia, she graduated with a B.A. degree in Finance in 2008 from University of West Georgia and has continued her education with business courses and workshops. When not working, Jessica will be found enjoying as much time as possible with her husband and two children. Ellen Browne is the Co-owner of JDog Carpet Cleaning Williamsburg since August 2019. She recently medically retired after 13 years in the US Army serving as a CBRN Specialist and deploying once to Afghanistan in 2010. While running JDog with her husband, she is also pursuing her degree in Business management. She is excited to see where their business takes them, contribute to the New Kent community and help fellow veterans.

In her free time she can be found spending time with her three children and husband, cooking and baking, reading or exploring.

Allison Dillow serves as the New Kent Chamber of Commerce Director of Fundraising. Allison is the Director of Business Development and Marketing at Cumberland Hospital in New Kent. Allison is a native of the Northern Virginia / Eastern Panhandle of WV area and lives in Prince George with her husband, three children, golden retriever, and her chickens.

Allison has been in business development and marketing her entire career. She and her family recently relocated to the area after making a major career switch from the nonprofit sector to the healthcare industry. Allison joined the team at Cumberland Hospital in October of 2020 after a decision to switch her concentration to helping children who suffer from a wide range of mental and health related issues. Allison is deeply rooted in her community and loves all things nonprofit and giving back to her community. Allison and her family spend much of their spare time volunteering with many different nonprofit agencies such as the Commission on Aging, Meals on Wheels, American Red Cross, United Way, Rotary, CASA (Court Appointed Special Advocates), Community Free Clinic, Children in Need, YMCA and Bikes for Hope. Allison has served in the role of Chamber Ambassador with the Top of Virginia Regional Chamber, has led the annual United Way’s Annual Day of Caring – where she coordinated over 2,000 volunteers on one single day and coordinated the launch of a COVID-19 emergency assistance fund for her community which handed out over $300,000 to local community-based organizations, in less than three months. Allison is the Pittsburg Steeler’s #1 fan, loves anything Golden Girl related and her favorite thing to do is to spend time outdoors with her family. Allison is looking forward to making a difference in New Kent. Stephanie Wisneski serves as the New Kent Chamber of Commerce Director of Programs/Awards. Stephanie is the General Manager of Colonial Downs Racetrack + Rosie’s Gaming Emporium in New Kent. Stephanie is a native of the greater Chicagoland area and lives in Providence Forge, Virginia.

Stephanie’s hospitality career has spanned over 14 years in gaming management at casinos and racetrack including key roles in openings of properties in Indiana, Florida, Ohio, and most recently the openings of Colonial Downs Racetrack + Rosie’s Gaming Emporium in New Kent, Vinton, Richmond and Hampton. Stephanie joined as the Director of Compliance at Colonial Downs Group in October 2018. Stephanie serves as the Secretary and Manager of the Gaming Compliance Committees of both Peninsula Pacific Entertainment Holdings, LLC and Colonial Downs Group, LLC. Stephanie is a certified Gaming Anti-Money Laundering Specialist (GAMS) through the Institute of Certified Gaming Industry Professionals (ICGIP) and holds a degree in Business Administration. Jessica Angel serves the New Kent Chamber as the Director of Marketing and Digital Media. Jess has been the Manager of the Woodhaven POA, the oldest subdivision in New Kent, for over 9 years. She lives with her wife and daughter at the Vaiden House (circa 1781) and runs Vaiden Inn. The Bed & Breakfast is across from the NK Courthouse, operating for over 3 years now. In the past, Jess worked as the Regional Sales & Marketing Trainer at nTelos Wireless for 10 years.  She earned a Bachelor of Science Information Systems degree at Strayer University and has been developing online marketing solutions for small businesses since 2007.

In addition, Jess is an active Rotary Club Member. She enjoys spending time with family and friends, and visiting her cottage in Beaufort, NC.  She loves to travel, explore new places and photography.

Carissa Baldwin is the owner of VEGA (Virginia Elite Gymnastics Academy) which opened in 2010 as New Kent Gymnastics Center. Starting with a few Parks and Rec classes, Carissa grew her customer base and expanded her business several times. Today, VEGA is located in a newly-constructed 17,500 square foot facility on Courthouse Road. Through 20 years of coaching, Carissa and her team have taught thousands of New Kent kids in gymnastics, cheerleading, and ninja. VEGA also offers Virtual School programs, and batting cage rentals, and other new programs for the whole family.

Carissa grew up in southern California but has been a New Kent resident since 2003. She graduated from VCU in 2005 with a bachelor’s degree in Public Relations. She loves spending time with her three active children and is passionate about empowering youth to become strong and healthy adults.

Chandra McPherson serves the New Kent Chamber as the Director of Education. Chandra has filled many roles, including journalist, volunteer coordinator, teacher and store manager. Most recently, she served as Director of the Heritage Public Library, taking on that role in 2017. As the daughter of NAVY Senior Chief, she has lived in many locations but spent more time in Virginia than in any other, and has generations of family roots in this state.

Chandra holds a Masters in Library Science from Texas Woman’s University, a Masters in English from Virginia Tech, and a Bachelor of Arts in English from Virginia Tech. She has a certificate in Museum Management from the Virginia Association of Museums and a certification as an Archaeology Technician from the Department of Historic Resources and the Archeological Society of Virginia.

Chandra is a New Kent Rotary Club Member, an active archeology volunteer, and a volunteer feral cat rescuer. She also enjoys looking for rocks and fossils, spending time with her children, and caring for her pet cats and drama queen German Shepherd. 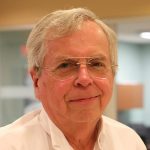 The co-owner of Gracefield Hall Bed & Breakfast, which opened April 2016, with his wife Patricia, Larry Reynolds is a native of Illinois, who grew up in Wisconsin, moved to Maryland in 1972, and finally moved to Providence Forge, Virginia, in 2013. A student of colonial American history, he took early retirement in 2003 to concentrate on researching colonial Virginia architecture while designing a historically accurate 18th Century Central Virginia plantation house. He has been a volunteer at Colonial Williamsburg since 2002 and is also a volunteer rescue dog transporter.

Larry started his career as a technical writer on inertial navigation systems for the Apollo space program. He has a BS in business management with a minor in electrical engineering with over 30 years experience in marketing communications management for aerospace, scientific, and data communications companies.

Get e-mail news from the New Kent Chamber of Commerce!